"I love your way" by Graham Coe 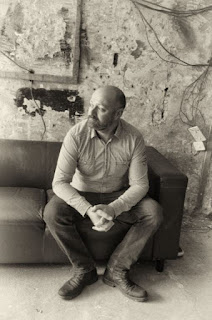 Graham Coe is an indie choral folk singer songwriter from Co.Wicklow, Ireland. Graham writes songs that have a deep sense of vulnerability and honesty blended with a passionate vocal delivery.
In a blog by Artists Central they described his style as- “Folk influences are clear with delicate acoustic instrumentals and guitar setting the tone for the haunting but smooth vocals that Graham has, his voice was almost crafted for this style of music, he balances his projection and tone incredibly well”.
His critically acclaimed singles ‘A Moment in Time (July 2020), ‘Here I Am’ (March 2021) and ‘Every day’ (August 2021) caught the attention of lovers of melody and his vocal excellence and lyrics hit you straight to the heart.
facebook   twitter   spotify   soundcloud   bandcamp   youtube   instagram

I love your way

What was your inspiration for your new song "I love your way"?

It’s sounds cheesy but the inspiration for “I Love Your Way” can be attributed to my wife. She’s the strength, the glue and the person that keeps our family together. Her constant positivity and love is really quite remarkable and inspiring.

Depends on what your own version of what romantic is. Maybe I’m a 7 out of 10. I’m not an over the top romantic although you might be fooled by some of the songs I write! 😀😀

What was the first ever Pop/Rock/Folk ... song you listened to or remember on?

My Dad used to have lots of Records. Mostly records by the Rolling Stones, Elvis Presley and The Beatles. So maybe Elvis was who I first remembered listening to.
I definitely have a memory of listening to “Guitar man” by Elvis and just loving the opening guitar in that and some of the cool stops in the song were great too.

Do you remember your first live gig as an artist?

I actually think my first gig was with my first band called Fused and we played a 21st party for the sister of Trevor who was one of the lad in the band.
I can remember playing “ I want to Hold your hand” by The Beatles and I think we had “Angel of Harlem” by U2 in the set also. It was very kind of her to get us for her party as I’d say we sounded awful! 😂😂

I have read something about an upcoming EP, what can we expect?

I’m very excited to release my EP. I finished recording it in the summer and it has a mix of songs that might be described as country pop to slow folk ballads.
The songs are varied and interesting so I can’t wait to hear the final mixes of them and get them out for everyone to hear.

"Christmas time is knocking on our doors", how do you celebrate Christmas?

I would celebrate Xmas with the family the good ole fashioned way-turkey, ham, spiced beef, potatoes and Brussels sprouts followed by Xmas pudding. Total over indulgence but sure it’s only once a year!

You are from Blessington, Wicklow (near Dublin) how would you describe the Irish Folk music scene?

The Irish folk scene is thriving. We have an incredible pool of talent writing folk music and if I was to list them all you’d be reading this email for hours.
The Irish folk awards were just on and the likes of Mick Flannery, John Francis Flynn and the great Christy Moore all featured.

The next thing for me is the release of my EP. After that I’ll keep on writing and releasing new tunes!