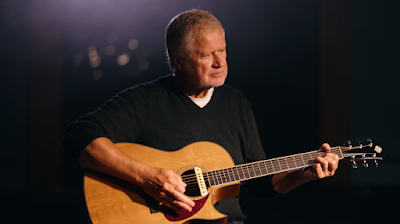 Terry Kozachenko is an artist from The Niagara On The Lake, Canada. Terry fronts the 3TL ensemble. He composes, writes and arranges the lyrics and music. Terry has written music for as long as he can remember. He writes musical stories about personal experiences and shared stories.
Each song represents a moment in a point of time expressed. Songs expressed with emotion, a documented archive of sorts to a life well-traveled. Along the way, songwriting played second fiddle to other things. The on again off again relationship met traction upon forming Terry K 3TL. 3TL means three times lucky.
“I used to try to be smart about my life, take chances, pursue opportunities and see what would happen. Never thought much about the outcome as I always felt there was time. Now I’ll take ‘experienced’ as how I define myself.
One day I may think of myself as wise but I think that day is still yet to come” (-Terry Kozachenko-)
facebook   twitter   spotify   soundcloud   bandcamp   youtube   instagram

Terry K 3TL is a collaboration ensemble, who are the musicians behind "Terry K 3TL"?

On the first Album "Take A Little Ride" there was a talented assortment of regularly contributing artists and guests with a core consisting of: 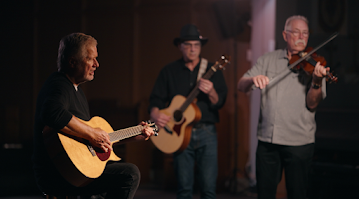 Alan Ash - Bass
Rayburn Blake - Guitar, Lap Steel, Keyboards, Bedroom Drums and Producer/Engineer
Jim Hill - Banjo, Back-up vocals, Harmonica
Ray Hurley - Button Accordion
Terry Kozachenko - Vocals, Guitar, Harmonica, Producer
Louis Roy - Bass, Back-up vocals
Kirk Smith - Violin
Going forward with the second Album, to be released this spring the direction is slightly different due to Covid and logistical issues.
Peter Nelson is producing and providing the instrumentation for 90 percent of "Tell Me A Story" with contributions on "To A Friend - A Celebration of Life": made by Rayburn, Alan and Kirk and on "Promised Land we added "The Stevens Sisters" who provided the backup vocals.

Who inspired you to make music in general ...and especially to the song "15's up"?

I took my inspiration to create music at an early age playing trumpet in a primary school orchestra and my interest in writing hasn't ever really left.
15's Up just happened and I'm sure many songwriters have had the same experience. I was recording some demo tracks of my original songs at Wolf Song Studios in Toronto, the bass player at the time liked what I was doing and said he had some words and perhaps an idea for a song. He asked if I could take a look and see if I could do something with what he had and gave me license to do whatever I felt like. 15's Up is the result.

It's fun and enjoyable, rewarding. The ideas, melodies and lyrics usually come together very quickly. I write out the rough lyrics, chords and the melody lines and then sort of refine them until I'm happy and ready to try a rough mix.

It may sound strange but I never really decide, the song kind of decides on its own that that's what it is supposed to sound like. I have been fortunate that the people I collaborate with understand what that means.

What can we expect from the upcoming album "Tell me a Story"?

Well I'd like to say that's a surprise and you'll have to wait but, you can expect a bigger sound than the first album.
Friends have said that some of my songs are a little dark so I will be including some slightly country rock up tempo tunes in the mix. and who knows maybe one or two you can dance to.

Well, very good question. I know how to cook and do laundry and I do make a very nice Margarita.

What was the first ever Folk/Pop/Rock/etc. ... song you listened to or remember on?

I listen to everything on the radio in the mid sixties but the first song that I really seriously listened to was Please, Please Me. I tried to figure out if the lyrics were as simple as they sounded or if there was more to it than that.

Yes. "Tell Me What You're Looking For".

What's next for you?

Who know? This musical adventure is supposed to be a trilogy called Songs For Olm and I'm only half way through it so I'd like to Let's See Where It Goes which is the title of one of the songs on the second album.
NenesButler presents - Music Blog - Submit your Music