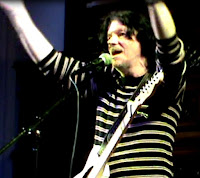 There is a lot in Nelson King's sound which you can trace back to classic sounds of previous eras, but those sounds are called classic for a reason and after all they do say that familiarity breeds content … or at least they should, it isn’t enough to unpick your favourite threads from the existing weave of musical history, it is all about the design you fashion them into next.
But Nelson King's combination of old blues emotions, dark sleazy grooves, understated rock dynamics and country rock licks works to perfection, the new trick being pulled out of the bag here is space. Space that allows atmosphere to linger between the notes, anticipation to hang between the words. 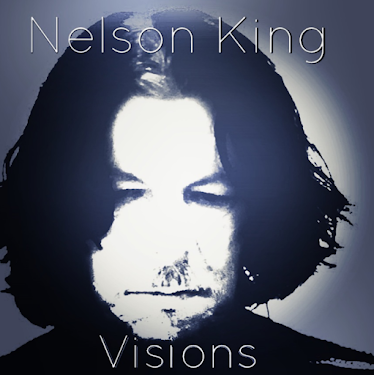 Nelson King knows just which dark and sleazy elements to use to create his wrong side of the tracks music, how to infuse it with an illicit danger and the feeling that you could do with a shower after listening. It is this sort of music which is timeless, fashions come and go but this flavour of British heartland, small venue, underground, in the know rock seems ever present.
It links the old folk heroes to the stolen blues scene of the 60’s to the sleazy and emotive outpourings of the likes of Messrs. Sudden and Kusworth. All of those have known that it isn’t about what you steal; it is what you then do with those references. Some miss the point, some wish to merely emulate, Nelson King uses it to write his own footnote in the underground musical history books.
facebook     spotify     bandcamp     youtube

I guess Nelson King is differerent things to different people.. I see myself as a channel for songs... I don't like to be pidgeon holed in to any particular style but I guess maybe I can't help having a 'Nelson King' vibe with everything I do..

I was thrown out of my first music class at school and told I was tone deaf and would never play anything... I think it made me determined to try and prove them wrong. So I suppose you could say that inspired me.

...and especially to the song "Angels must kiss like this"?

I had 'Angels Must Kiss' kicking around for a while as a finished song but couldn't get it to work when recorded... I tried many things and versions but in the end I just recorded it pretty much live in one take... I added a few fills here and there and that was it...

The song creates an amazing atmosphere, how much time do you spend on finding the right mix?

I usually mix as I go so I spend very little time on mixing.

I don't really have a process as such... it's always different... Songs appear and disappear..

What was the first ever Rock/Blues/... song you listened to or remember on?

The first rock/blues song I heard was Fleetwood Mac 'Oh Well', I didn't know it was blues/rock I just thought it was the most amazing thing I had ever heard... I now get requests all the time to play it.

For a long time I much preferred recording ( i've always had some kind of recording equipment so I guees it made it easy) but over the last few years, as I have worked on performing on my own I have developed a strong preference for playing live.

Do you remember your first ever Live Gig?

My first ever live gig was with a band, I was playing bass and was a total disaster, so much so that I prefer never to think of it.

I have a couple of new albums ready to go so these will appear some time next year, a limited edition vinyl edition of 'The Empty Space Sessions' will happen very soon.