"I will be free" by Psychedelic Revolution 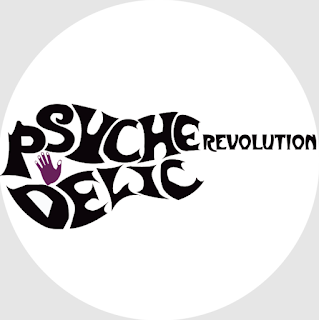 From the live houses of the Jing to busking in tunnels (Granted, the 33.3% donation rate was based on the fact that he had removed his stifling white collar shirt and was dancing bare chested) in Singapore Psychedelic Revolution (aka Psyche Rev) is a one man project that likes most things such as alt r&b and alt rock.
Has worked with the likes of Warren Riker and Riddim from XTX and made the Edgar Allen Poets and bekypequi playlists. Tastes like Kung Pao Chicken. Looks like a cross between Brag Pitt and Heath Leather. Smells like team spirit. Feels like baby powder. Oh the music. Yeah, it sounds good.
twitter     spotify     soundcloud     instagram

I will be free

A one man project that breathes music made by someone with integrity. The artist name is inspired by the psychedelia of Pink Floyd/The Beatles and the Revolution era of Prince.

Who inspired you to make music in general ...and especially to the song "I will be free"?

I just simply happen to love music. :) It's always been with me and I'd been in bands since high school and university.
"I Will Be Free" is a lot different from the soulful or rocking stuff I usually do. It's very straight and on the beat. The similarity between the other songs I do is that it was very natural and flowed easily.

What is your creative process like and was it different for this song?

Usually I come up with a cool melody I like or a guitar riff and I improvise. Through improvisation I make variations on the melody and also come up with the words at the same time. When I enter 'flow state' everything seems easier.
So I guess this was no different from the others except that I toned the production down with no strings or drums or bass.

I love to cook and I'm a very descriptive writer.

A world ravaged by Covid-19.

What was the first ever Folk/Pop/Rock/etc. ... song you listened to or remember on?

In general, the song 'Sailing' by Rod Stewart. I was 4-5 years old and jumping up and down on the bed listening to a 'Love' compilation album from my parents.
There was also Stevie Wonder/Phil Collins/Leo Sayer. First folk song was probably 'Blowing in the Wind'.

You are from Brisbane, how would you describe the music scene there?

It's cool. So many cool artists from Australia such as Silverchair, AC/DC, Bee Gees, Parkway Drive, the Whitlams, INXS, King Gizzard, The Church,Tame Impala etc.

Yes, it was a folk rock song named 'Open Skies'. I wrote it when I was 18 and recorded it on Audacity .I look back and think with next to no theory I managed to craft a half decent song.