"We all must go" by MOVMENT 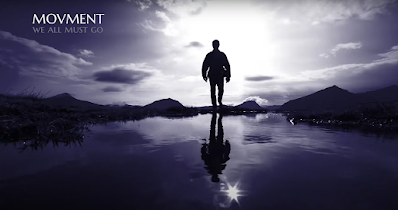 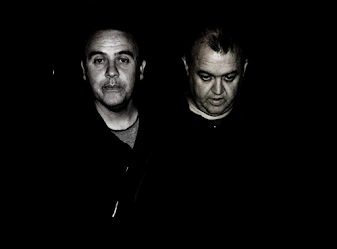 MOVMENT are an alternative rock band from Ireland. They have released their 1st album, Broken Down, and the EP, Red Death Sessions in 2012 / 2017. Now they have released their 2nd album, Transformation, on 02 December 2021, preceded by the singles Propaganda on 24 September, and Leave Me Alone on 29 October.
Although guitars and bass are at the heart of their sound, it is hard to ignore the electronics that have infiltrated Movment’s core.
Lineup:
Martin Kelly – Vocals, Drums, Words
Kevin Kelly – Guitars, Bass, Keyboards, Synths, Programming, Words
MOVMENT   facebook   twitter   spotify   soundcloud   bandcamp
youtube   instagram   songkick

We all must go

What was your inspiration for "We all must go”?

KK: The song is about dying, and what to expect. Everyone has to go, at some stage. But rather than seeing it as the end, it could be the beginning of something else. And I see light as a big part of it, like being in a tunnel and arriving at the other end, and being blinded by the light. We know so little about it.
I know some people see death as the end, and we just end up in the ground or cremated and that's it.
Perhaps we do. But we just don't know. So the song is really about what happens when we go. So rather than dwell on it, we should live life to the full, and accept it is inevitable we will go.

I like the varied structure of the track, did you change your working process a bit?

MK: We sometimes write to a bass line. Sing vocals to a bass line with drums which we did in this case.
KK: Also we were using a sequencer and Maschine, which influenced the structure of the song. These days there are lots of tools available to write and structure a track. This was one that started as a demo with bass and vocals, but evolved into this structure. Guitars and riffs were added later on. I think it works...

Your new album "Transformation" has been released on 02.Dec.2021, what can we expect?

MK: I think there will be something for everyone on the album. Rock, synth based tracks, Each track has its own style and story.
KK: Yeah, ultimately it is a rock album, with guitar prominent on most tracks. In fact the first 2 singles have a synth influence, while the rest of the album is mostly guitar based. It will be interesting to experiment with rock and synths on the next album, which we have just started..

What song on the album makes you proud?

MK: I love Blood Like Water, that would be my favourite and I love playing Propaganda and Leave me alone.
KK: I like We All Must Go, both the song topic, and the structure is interesting. It has a good feel and rhythm. But throughout the album there are riffs and synth pieces that I like, like the guitar riff at the start of On and On. And I find the lyrics great. Some lines stand out to me like "Your Time Is Now!" or "Give It Your Best Shot!"

...and what song took the most of your time (and why)?

MK: What We Are: It took a lot of work and we changed it a few times so there are a few versions of it. The lyrics were changed quite a bit. But the final track works well.
KK: Yes, the songs evolved quite a bit from the original demo versions. And almost all of the songs needed extra bits added, so a lot of effort was put into each song. For me, Everything Will Be Clear and On And On took the most time to finish.

MK: 2021 was very good for us for rehearsing and recording. We also got to finalise Transformation. So it was good for us that way. But live gigs were non-existent for us and probably for all bands.
KK: I had plenty of time to experiment with software, and new hardware, and new synths. I got to play lots of guitar too. The home studio got a lot of use. It was a great time to work on writing and recording songs.

MK: We are playing live in Mullingar in December and probably the Electric Picnic festival in September 2022.
KK: And we would hope to play live as much as we can in 2022, and some international gigs, if we can arrange them.
NenesButler presents - Music Blog - Submit your Music