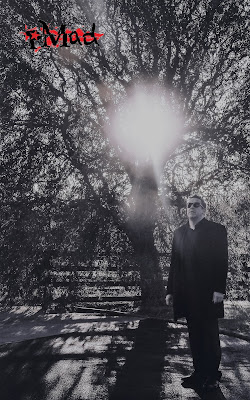 Paul Dillon is a solo artist named pMad. Releasing the music from his head out into the wilds of this world!! Starting out with writing and playing with The Suicidal Dufflecoats to The Return of the Suicidal Dufflecoats to The Greeting & now to pMad, Covid-19 strikes and Paul sets up 'The Best of Irish Indie' on Facebook which through the pandemic created many polls that enabled followers to vote for 'The Best Irish Indie Album', The Best Irish Indie Single' and 'The Best Irish Indie Debut Single'.
Now that vision of the music in his head is now moving to the outside.
pMad theband.com   facebook   twitter   spotify   soundcloud   bandcamp   youtube   instagram

pMad is the solo artist title taken by Paul Dillon from Galway, Ireland. The name comes from the initials in his full name! Spent a life writing lyrics, recording pieces of music and being a general music lover!! In a few bands including The Suicidal Dufflecoats but never released any music.
Along comes a pandemic, lockdowns and the improvement in technology, he creates a band with Liam Martin called 'The Greeting' (music to be Piecing together the sounds and lyrics of a lifetime and with the help of great people, Liam Martin (Zedakube Recording), Dominik (Protonaut Studios) and Pepe Ortega (Elith Mastering Labs) and lifetime ambition is happening.
Eight tunes with extended versions and remixes are created, culminating in the release of 'Who Am I' and in 2022 more singles and the album.

Who inspired you to make music in general

My musical influences are so broad and I think it will come across in the singles and album. Dark goth, new wave/80's, metal, indie and alt rock. A sucker for a bass line.
Big Cure-head in the day and still Goth (The Cure, The Sisters of Mercy, etc), that looked out of place at Indie 'A House', Fugazi/Sonic Youth/Dinosaur Jr, loving Tom Waits to Suicidal Tendencies.
Varied inspiration coming out in what I create. People will hear different influences in the music, they will hear what they are familiar with.

'Who Am I' is inspired by survival, the whole album is both introspective on a personal level and also how others perceive us. We all sometimes spend so much time worrying about what people think that we don't just live. Not to live in a bad way or anything, but just get on with living a good and happy life......the way we want too.
The follow up singles of 'Medicine' and ''Broken' with further explain this train of thought in a different perspective to 'Who Am I'. 'Who Am I' video is taking inspiration from the enormous amount of detective and murder TV shows, that I thought would link in an obscure way with the meaning of the song.
Are you the perpetrator? Are you the victim? or are you the survivor? The video does not give a conclusive result as to who is on the postmortem table. I like to believe that it is not pMad, as I am a survivor, I hope. A pandemic has had people revise their opinion on life and Paul is no different, creating pMad, doing things now that previously I did not, just too busy letting life pass me by.

The creative process is loose, it can come with a beat, a bass line, a lyric. Record it and piece together!

The music is ready for release when it is ready for release. It will never be perfect. I love what I create and if someone else likes it, then brilliant. It is for me. Open minded and letting things go over my head is a talent I have learned over my lifetime. Live and let live, as long as it is legal, let people get on with it.

What was the first ever Rock/PostPunk/DarkWave... song you listened to or remember on?

First song to touch me was The Smiths 'Well I Wonder' and i still get a tingle near tear every time I hear it, cannot explain but we all have that song. So many others bring me to a different train of thought, Institutionalized by Suicidal Tendencies - A Forest by The Cure - Freak Scene - Dinosaur Jr - Mercy Beat by The The, so much amazing music made, a lifetime still discovering. Love it.

Next is 'Medicine', a cd single this time with 'Who Am I' the other track on the cd. 'Medicine' veers on to a new direction from 'Who Am I' - thumping drums, pulsing bass (with a killer bass line), synths/guitars and vocals bringing you on a journey to find out - Hope is the Medicine!!