"Contempt for others" by Mock Deer 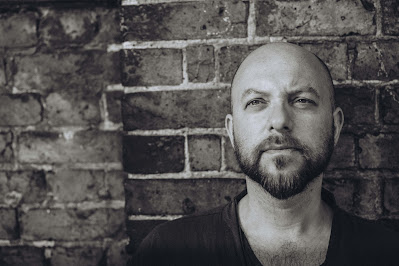 Mock Deer (Ricky Damiani) is a singer and songwriter based in London. A self-taught musician with a unique playing and writing style, he has spent the majority of his life in the North of England and has re-immersed himself in the capital’s Alt-folk scene over recent years, playing shows for many of the best local promoters as well as touring both in the UK, Europe and Canada.
As well as writing original music for theatre and television he has released two EPs, ‘Cold and Bright’ and more recently ‘How We Used to Live’ released in July 2015. His renewed involvement in the live music scene has seen him play shows supporting great acts such as The Burning Hell (Can), Rainbrother (DK), Sam Brookes (UK) and Kristin McClement (UK) as well as appearing at several UK festivals, including numerous performances at Festival N6, Wilderness Festival, Ramsbottom Festival, The End & Uncivilization Festival.
His first full-length album with producer Scott Fitzgerald was released on the 14th February 2020.
TheMockDeers   facebook   twitter   spotify   soundcloud   bandcamp   youtube   instagram

My real name is Ricky Damiani, I was born in London but grew up in North Wales and Manchester only to move back to the same area of SE London I was born in. I'm a songwriter, singer, and music/merry maker.

Who inspired you to make music in general ...and especially to the song "Contempt for others"?

I guess there've been many artists and bands over the years that inspire me to make music but I think perhaps when I was really beginning to write songs, it was probably a combination of artists like Tracy Chapman, James Taylor, Donovan, David Bowie's 'Hunky Dory' and The Beatles. Contempt for Others was inspired by all humans!

The Song is the first release from your new EP "Perceptions", what can we expect?

The EP was recorded live (With a few little additions post production) and so has a pretty raw lofi feel, especially compared to my previous Album.
The Songs are all quite reflective and philosophical lyrically and musically, perhaps reside somewhere in the genres of Alternative, Prog-folk and Rock.

I have read, it was recorded live with "The Burning Hell", how was it to work with them?

It was wonderful! We have become good friends over the years, but time to hang out is always limited as they're based in Canada and so to be spending a week in a big house in the Italian mountains, playing and recording with these musical and creative wizards everyday and just hanging out in the evenings was so nice.
We've also never worked together musically before, so it was a real treat to have them essentially as my band for the week, developing and recording the songs. It was also not long before the pandemic got serious, so it holds a kind of 'magical time' spot in my memory.

It's changed and shifted over the years but has kind of settled on (unfortunately) a pretty slow one, ha. I'd say mostly what happens is that I have lots of notes/lyrics/ideas that I write down whenever inspired and I'll also have some tunes on the guitar that I'm playing around with and eventually I'll manage to meld the two things into a song, which I'll play over and over until I get the right basic starting point, then I'll record a demo, I can get a bit carried away here and spend way too much time experimenting etc + my production skills are pretty basic.
Then I'll send over to my producer Scott, he'll make it sound better and then we set about developing/recording the various instruments needed.
However, for this EP the latter part was very different, I arrived In Italy with songs that were still very fresh and even while I was there was fiddling with the lyrics etc, so that was a really nice way to do it, no procrastinating, just getting right down to it and that method does create and capture some beautiful and cohesive little moments.

Well, I started out as an actor, so I'd like to think I've still retained some of those skills, but I guess that's not really too useful, so it would probably be cooking! I'm pretty good with food, not really a recipe guy, but I'm good at just being creative with flavours etc.

What was the first ever Pop/Electro/etc. ... song you listened to or remember on?

When I was growing up my dad was really into ELO, so I guess that was the first time I heard a pretty early version of that kind of music.

Ahh, I dont really no, it's possible there might be some kind of awful recording of it somewhere at my parents house. I think though, from memory, it was heavily inspired by Tracy Chapman's 'I used to be a Sailor'

I'm hoping to get out and play more shows this year, but it's a bit tricky with promoters/venues etc being backlogged due to the pandemic.
Hopefully I'll be able to work out some touring. Also, we're heading into the studio next month to start recording for the next release.