"No man's land" by Luna Keller 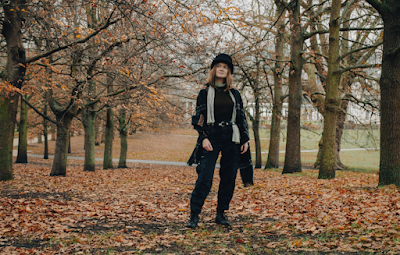 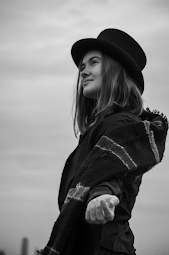 Growing up between two cultures and surrounded by music Luna Keller is a singer-songwriter with a unique perspective fueled by her curiosity and a deep connection to her emotions through songwriting.
Her music is a blend of singer-songwriter, folk and pop often pushing the boundaries of those genres. Strong messages, honest lyrics and emotional vocals define Keller’s sound.
Luna recently moved to Germany to dedicate her time 100% to what she loves the most: music! She’s currently working on her third project titled „Prophecies and Silver Linings“, the first single of the Project „I’ll Bring You Home“ has already been streamed over 250.000 times on Spotify.
Luna Keller.com   facebook   twitter   spotify   soundcloud
bandcamp   youtube   instagram

What or who was your inspiration for "No man's land"?

"No man's land" came from a really personal place of trying to cope with the uncertainty of the path I chose to go as an independent artist. I wrote the song around the time I started recording my first songs. Being a teenager I felt overwhelmed by the future, I was slowly realising that music might be my thing but that implied having no clear path to follow.
I don't think this only applies to musicians. I think we probably all have moments while growing into adulthood, where we feel like the future is this huge thing we need to decide about somehow. I needed to write "No Man's Land" for myself, to remind me that even though there are many things I don't know, there are others that I do know. I know that I love what I do.
I know that I am a human that makes mistakes, but I also know that I love myself and trust myself to overcome those. I revisited the song several times since I wrote it, and much has changed since - but it always was and still is a reminder that I am on the right path, and it's ok to not have it all figured out.

I have read that your new single has been written some years ago, what was the crucial point to release it now?

I'm releasing my debut album "Prophecies and Silver Linings" this year (we're aiming at March for the release). It's essentially a collection of songs I wrote as a teenager and young adult in that phase where you learn to be yourself and discover what being here means for you.
I knew "No Man's Land" had to be one of the singles since it really embodies the experiences I've had throughout these years. I decided to release it on the 1st of January because I felt like it's a good message to start the year with.
With the pandemic, so much has become uncertain, and I have deeply reconnected with "No Man's Land". I figured maybe I'm not the only one that needs to hear that it's going to be ok and that being where I am is ok too. We're on our way.

Last time you told us that you are working on your debut Album, what's the status and what can we expect?

I'm currently working on one last song that I would like to have on the album, the rest is being mastered so we're really close to finishing it! My traveling definitely delayed this one a bit, but I'm all the more excited about sharing it with the world.
We're aiming at March for the release of the full album, there are chances for another single before that. I feel like this album will be a snapshot of my first years in music that I will treasure for many years to come.

If we would ask your friends: "What's typical for Luna", what would be the answer?

Oh, this one is tough - depends on the friend I guess - haha. They would probably say that I'm quite an open hearted person. That does make me a bit intense at times, but it mostly means that I am really open about how I feel.
I have a really silly sense of humor and I will not stop telling the people I care about how wonderful they are to me. I also cry easily and sometimes I speak my truths before knowing them myself.

The year 2021 is over, how would you describe it in one sentence?

The year I learned a lot about myself and got to experience lots of amazing things after letting go of my fears, a year of connection and new beginnings.

If you are looking back, what was your absolute highlight last year?

This is a tough one, since I moved countries and also couch surfed for one and a half months. There were several moments that were so amazing they almost made me question, if life is real. But I think I would probably have to say that my time in England was a real highlight.
I got to finally meet many of my online friends in person, I got to play live in front of real people... I felt so deeply connected to people and to myself on that journey, it was almost surreal. I feel so very lucky and privileged that I got to travel there.

There are so many pics of you with the black topper (hat), what's the story behind?

I wish I could give you a super deep story about my great grandfather's top hat here, but the truth is, I bought one at a carnival store for my steampunk outfit. I then realised I love the way it looks on me (big plus for concealing bad hair days - haha).
I was always a hat person and that one kind of became a part of my brand just because I wore it so often. It's really practical too, I can use it as a tip jar after I play, and everyone immediately knows I'm the artist at my house concerts.
I recently bought a higher quality replacement for the original carnival store one, it was funny, I found the perfect one in the Sherlock Holmes museum in London.

Right now I'm taking a break from traveling and the German cold, I'm staying with my parents in Tenerife for a while. My dad has a home-studio (where pretty much all of my songs so far have been recorded) and I'm going to use this time to record some more.
The main focus right now is the release of my debut album in March (Prophecies and Silver Linings). But I'm also working on some singles, collabs and a concept album for the end of the year or next year. I also hope to play a couple of shows and festivals in summer (still organising).