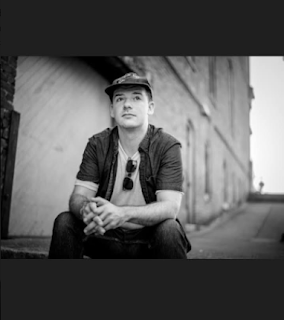 Lee Trent (formerly known as Trent Woods) is a multi-instrumentalist, arranger, session/touring musician, and songwriter based out of Nashville, Tennessee. He spent years honing his craft while living in his hometown of Martinsville, Virginia.
He put his aspirations to the test by moving to Nashville. After years of playing gigs and festivals as a "Side-man" Trent decided to take his songwriting skills to another level.
facebook     soundcloud     bandcamp     youtube     instagram

I am a Musician and Artist from Martinsville, Virginia. After growing up in a rich music environment, I started playing guitar on a more serious level at 12 years old. I was always surrounded by music.
Matt, my older brother, started taking up bass at a young age and we both grew up with an uncle that played drums in a blues band.
That band and my brother really inspired me to take my playing and creativity to the next level. After years of honing my craft, I decided to move to Nashville with integrity and aspiration.

Who inspired you to make music in general ...and especially to the song "Optimism"?

When creating "Optimism", I was feeling musically influenced by my friend and the producer of the song, Brett Hoffman.
Whenever I write with Brett, it just feels natural! His approach to writing and production makes me get into a whole new perspective when writing lyrics and guitar parts.

A lot of times, when creating, I hear sounds in my head and when I hear a note in my head, I will play it or even write it out when arranging strings or horns. Meditating helps as well, especially when working on something unfinished.
Ever since I went sober, I've been diving into the state of meditation and writing songs more often. It helps me be in "the space".

My other talent is cooking! If I wasn't a Musician, I'd be a Cook! I'm always scoping out for new vegetarian recipes!

To me, 2021 was an eye-opening and productive year, it also made me realize that change is the only thing that stays constant.

One song that really inspired me back and moved me was "Johnny B. Goode" by Chuck Berry. Watching guys like him and Hendrix play their guitars was just amazing to me. As a young child, I grew up with music from the 50s, 60s, and 70s.

Live gigs are definitely fun and it's always great energy but to be honest, I actually enjoy doing session work more because I always discover more things about my playing, whether it's my own or someone else's music. When playing live, you only get that one chance.

I wrote my first song back in middle school, it was titled "Even When You're Not Around". I started recording those songs when my brother bought an 8 track portastudio. They were recorded almost a decade ago when I was still in school but if you're ever curious, they're on Soundcloud under "T.l. Manning" (the L is lowercase in my name).
I didn't actually start writing songs until I took up finger picking but that was when I was heavily addicted to Folk music at the time.

As of now, I am currently working on a new song that I composed. I plan to release it in early 2022!
It will have
Jacob Markus (saxophone for Curlie),
Paul Hortan (keys for Brittany Howard),
Sam Fruend (bass for Stoop Kids/Em Chambers/Shannon Callihan), and
Justin Brown (drums for Thundercat/Ambrose Akinsire/Nyeusi/Georgia Anne Muldrow).
It has a more Jazzy vibe to it but it also contains elements of other genres. I'm always trying to be persistent and eclectic with my music!
Photo by Margaret Snyder
NenesButler presents - Music Blog - Submit your Music