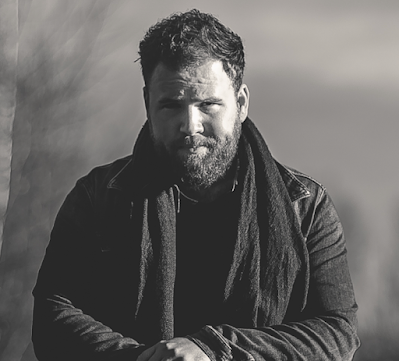 Mr. Guy Fox, an acoustic singer/songwriter based in the Netherlands, will bring you back to original folk roots and bluesy vibes. Ever since he started playing music on his very first guitar he used the influences of old rock, blues and folk. Give him an instrument with some strings, and he’ll master it. That is one of the reasons why his songwriting isn’t only done on a guitar, but also on a ukulele, banjo or piano.
facebook     instagram     spotify

Hi, I’m a roots and folk singer songwriter based in the Netherlands. My story began when I was living in Norway and ran out of money; and which is when I decided to try out my first songs in the streets and later on in the bars of Oslo. Which actually helped me get through the winter financially and sparked the flame to becoming Mr. Guy Fox.
Since then I’ve recorded and played in bars, vanues and festivals across Europe. The past twelve months I recorded my own music, resulting in a Seasons series of one EP for each season. And it feels like I’m just getting started, very hungry for more! (Although I also need to take a break from insane recording challenges and deadlines haha). I look forward to more live performances this year and hopefully some good PR and exposure in the Netherlands and beyond.

After spending a big part of my childhood learning to play classic piano, I remember first hearing “Hey Joe” by Jimi Hendrix and I immediately wanted to drop out of piano lessons and play guitar.
Soon made friends who also played guitar and other instruments and we started jamming. Which started off casual and became more serious through the years. And for song writing I got a lot of inspiration from being awestruck by Jeff Buckley, Damien Rice, Bob Dylan and Johnny Cash.

If you are looking back now, which "Season" (Spring, Summer, Fall, Winter) is your favorite one?

Well Winter is the freshest and most top of mind because it only got out one week ago. But each album is special and unique in its own way. I tried to capture the feeling the seasons give me in sound.
Such as the cold and the silence of winter, the warm summer dreams, the depressing and introspective fall and the hopeful awakening in spring. I like to see the series as a whole picture with all the contrasts within.

If you would have to select one song per season to describe your personal year 2021, what 4 songs would those be?

There’s a Road (Spring) is about realizing you’re not doing what you were made to do and awaking out of that hibernation.
Interlude (Summer). Writing this one felt like forging a pure, concentrated brick of warm and glowing creativity. It was in a way a discovery and reconnection to myself and my relationship with beauty.
Waiting for the Rain (Fall) is one of the more outspoken protest songs that I still feel captures some of my frustration with today’s western society. Sometimes it seems people believe their world views are so righteous that basic respect and openness to others (or even having a normal, healthy dialogue) no longer need to apply to them.
And our open society thrives when diverse opinions are able to collide in a healthy way, not when we start to isolate and demonize each other like enemies. The moderated people in the middle are sick of this, yet they are not making a stance but just idly watching (a.k.a. waiting for the rain).
Is This The Way (Winter) has the best bridge and climax I ever wrote. The chords and layout of the song had been brewing in the back of my mind for almost ten years.
I remember finally hearing it first, after all instrument and vocal recordings were made and came together. I got an unexpected strong emotional reaction. This track captures something that is very at the core of my beliefs. Feels like it will be very difficult to beat that, at least for a while.

Are there plans for a new similar project like this one?

Not as of yet, I also need a rest from tight deadlines in the studio. But I do have a loose plan to write one or two additional seasons-related singles to further extend the series. But I’m not sure yet, I will see.

Yes, it was a song that at the time I thought could resolve war, hunger and simultaneously describe my teenage anxiety in a cathartic way. Unfortunately that didn’t happen.

For the next few weeks: rest and restore balance. It’s been a bit insane with all the releases of the past year. Spent many nights in the studio, especially in December. In some weeks my phone reported I had an average sleep time of 4,5 hours per night.
Of course I am also focused on the release campaign, but thank God I have help from Yasmin, my artist manager, on this topic. After that I want to focus on gigging here and there, gradually building it up as more places are reopening again in the upcoming months.
I also have a side project that I’m setting up that I might some spend time on, as long as it gives me energy.
NenesButler presents - Music Blog - Submit your Music