"the bond" by Sweeter Than Sorrow 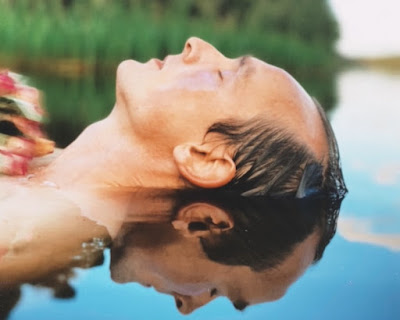 Born in the summer of 2021, Sweeter Than Sorrow is the solo music project of singer-songwriter, Mattias Wåhlberg, who is also known as the bandleader of notable Swedish alternative folk-pop band Sombre View.
Honest, heartfelt songwriting, brewing meaningful, introspective lyricism in beautiful soundscapes, Sweeter Than Sorrow dives deep into a soft, sensitive, introverted world. The project challenges the traditional macho-ideal stereotype and open the discussion of modern man. Sweeter Than Sorrow stands by LGBTQ+ community and love of all forms.
twitter     spotify     bandcamp     youtube     Instagram     facebook

Sweeter than sorrow is...?

A solo project started in the summer of 2021 by me, Mattias Wåhlberg, bandleader, singer and songwriter in swedish alternative pop band Sombre View.
I’m from Gothenburg, Sweden. I have been making music for many years. Mostly melancholic music, inspired by the Cure and such more “darker” or even depressive and/or emotional/dramatic acts.
Sweeter than Sorrow is kind of my attempt to explore a more sensitive, life affirming and at the same time more “sweet” and honest approach.

Who inspired you to make music in general and especially to your song "The Bond"?

I think I was inspired both by the music I heard in my family when I grew up (my parents were musicians), that was mostly classical music, and pop music, at first swedish pop and then international keyboarddriven pop. Later on came more folk influences.
Now I listen and am inspired by a variety of music, both contemporary pop, singer songwriters, rock and electropop, classical and folk. And I think you can hear everything of that in “the bond”.
Before I was limited by more narrow musical boundaries and had more ideas about what was “good” or “bad” music. I’m more free now. That makes my own music more unique, I think.

I often get some kind of hook with both melody and lyrics in my mind and an overall feeling that I want to express, seemingly out of the blue or when thinking about some subject that is meaningful for me. It can come almost at any moment. Then when I get the chance I sit by the piano and develop it.

Oh, that’s hard…maybe it’s kind of related but I’m also working with other things when I need to be creative, treating people with neurological diseases and I think I’m quite good at that, but if that’s a talent as such I don’t know. Besides I’m both interested in and quite good at different sports ⚽️ .

Yes! Haha, that song was not very good but at least it made me continue. I was probably 10 years old.

I’m trying to find my sound as a solo artist, writing a lot of songs and working with the overall feeling and the arrangements/production.
I want to keep the honest tone I think I’ve found in the two first singles and the simplicity. I’m working all the time to reach out to more people so maybe I need to find myself a label to help me with that so I can focus more on the creative process.
Photo credits: Alina Wåhlberg
NenesButler presents - Music Blog - Submit your Music