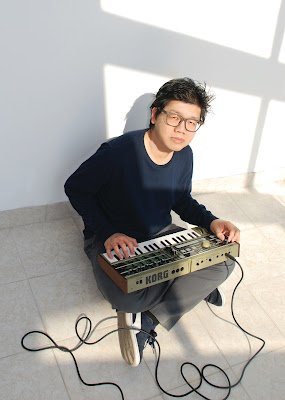 ... a singer-songwriter based out of Toronto, Canada who is releasing his first single from his new project, Ordinary // Colours, which is influenced by folk, indie, shoegaze and ambient music.
The first single is entitled "Pacific Division" and is an internal monologue from a person who has left their hometown to go to a new city in order to try to realize their ambitions and goals but slowly gets bogged down by reality through an undesirable job and precarious economic situation...
ordinarycolours.com   facebook   twitter   soundcloud   bandcamp   instagram   spotify

... just myself (Justin Chee) and it’s the name under which I write, record and perform songs that are influenced by folk, shoegaze and ambient music. Previously, I released material under my own name but then went on a hiatus to focus on my career.
At the beginning of the pandemic, however, I found myself dealing with a lot of frustration and anxiety and sought a creative outlet, so I went digging through a bunch of old demos that had accumulated over the years. When I started working on finishing them, the process felt very helpful and therapeutic and that’s when I decided to start up again, under this name.

How did you get into music?

I started piano lessons at age 8 and in high school, I picked up the guitar after finding my dad’s old one in our basement. Growing up, I wasn’t exposed to much Western pop music because my parents just listened to either older Hong Kong pop songs or traditional Chinese opera, so when I discovered bands like Radiohead, Godspeed You! Black Emperor and My Bloody Valentine, it was both a revelation and inspiring to me.
My friends and I started a not-very-good punk / alt rock band, where I played bass and keyboards. It was a fun experience and spurred me to start writing my own songs. By university, I’d written enough of these that I recorded, released and performed them locally for a while before undertaking the aforementioned hiatus, while sketching out occasional demos here and there.

"Pacific Division" is a great Indie Folk piece, what was your inspiration for the song?

While writing the song, I was imagining the story of someone leaving their hometown to escape a bunch of problems and seek out new opportunities in another city. However, when they actually get there, they receive a harsh blow of reality and end up falling back into a similar situation, coping instead via a cycle of endless consumption and consumerism.
At least in terms of the whole “seeking new opportunities” theme, it contains some parallels to my own life, as I had earlier contemplated a move to California (hence the “Pacific” portion of the song title), thinking that the “grass was greener” over there and that a fresh environment could help me to personally kickstart some things that I had been wanting to do for awhile.
Ultimately, I decided to stay in Canada but I drew from this experience in visualizing the difficulties around the whole relocation process. The music comes from an old demo where I was improvising some guitar chords and glockenspiel melodies over top of a drum loop. I wanted the accompaniment to sound more upbeat and pretty because I felt it would contrast well against the lyrics, which are a little more down feeling.

You are from Toronto, how would you describe the music scene there?

When I was first inspired to make music, Toronto was in the midst of a mid ‘00s cultural explosion where the local media was proudly championing the many new bands, DIY record labels and performing spaces that had started up. It gave the sense that anything was possible and that an audience could be found for your act, one way or another. Eventually, the momentum did start to reduce a bit and since that period, the scene has undergone various ups and downs.
On the upside, it is currently much more diverse and representative of the city’s innate multiculturalism, as we’re finally seeing more and more BIPOC artists of various genres and styles (such as Lido Pimienta, Haviah Mighty and Luna Li, to name a few) have the opportunity to showcase their talents and find success.
On the downside, a lot of the city’s smaller venues have closed due to economic pressure during the pandemic, so it’s sometimes harder to find spaces that help to encourage new artists or those who delve in more experimental music.

The ones I always rely on:
Beach House - Space Song (the ending where the keys, arpeggiated synth and vocal harmonies converge together never fails to give me goosebumps).
Owen Pallett - The Great Elsewhere (love the buildup of the violin bowing layers in the middle, then the sudden collapse to just piano and orchestra in the background).
Angel Olsen - Chance (just intense overall and you can sense that she’s really pouring her heart out at that moment).

I previously joked with a friend that one day, I’d like to play some guitar / synth on a Broken Social Scene song, even if it’d be barely heard because 582 other instruments would likely be obscuring it.

What can we expect from you in the near future?

I'm currently working on some more songs, so hopefully, I’ll be releasing another one or two by the end of this year. Eventually, this will culminate in a full length album in 2023.
Photo credit: Sandy Wen Pastore

ALBUM of the Week! 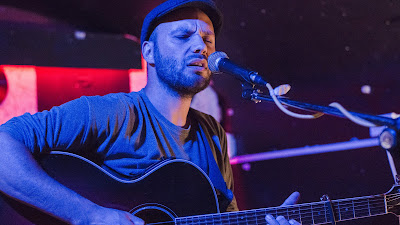 About the struggles of everyday people: "Hard to find" by Ali George EP of the Week!

Artists of the Week! - The Playlist 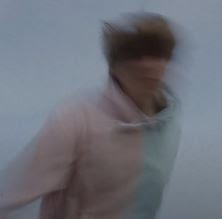 This album is a heart wrenching story about a boy who fell out of love for the love of his life, and proceeded to make regrettable decisions until he realized that there was hope. 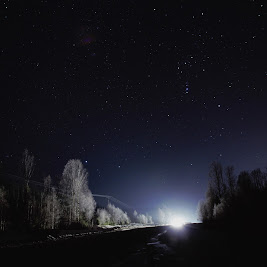 This is Joshua Woo's debut EP. It's made up of a culmination of songs that Josh has been releasing over the last two years. Beyond The Glass is a work ultimately about self acceptance, with themes of self acceptance, loneliness, hope and alleviating yourself from mental shackles. The term 'Beyond The Glass' is a metaphor for discovering a part of yourself where you feel free. The whole EP is an adventure to find this place. 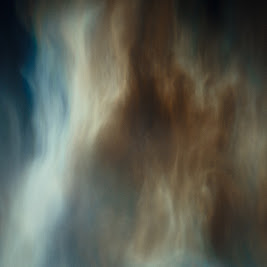 'True Love' is melancholic and dark, downtempo, yet a very catchy tune with a hypnotic video. The track is part of Audio Dope’s upcoming album ‘Gone’ which is scheduled for release in March 2023. 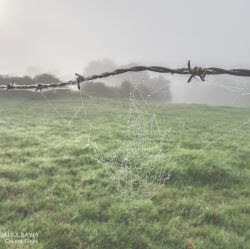 Partially inspired by an article on organised crime groups running contraband over county lines in the UK, often using coerced vulnerable people. The protagonist constantly pushes against the barriers trying to find where they truly want to be, with the chorus painting the memory of a lover's warm embrace. 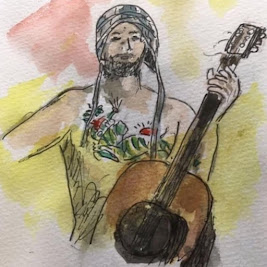 Fresh, buoyant and nostalgic, just a few words that describe the whimsical boat ride you will experience as you listen to ‘Whitby Beach’, it is Dez Rocksteady's sandy and sun kissed latest single. 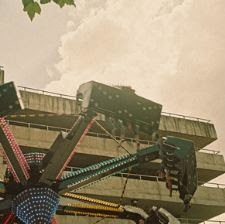