The Artist behind "At Eye Level" - EINSAM 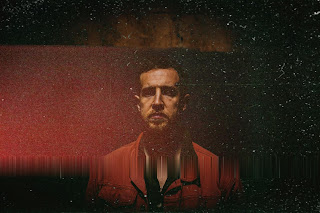 With the New Wave meets Post Punk Release “At Eye Level” he was able to surprise us some days ago. Now we are able to present you the Artist behinde the release and surprise you "with" Einsam.
Read something about his influences, talent besides music or what's next for him and don't forget to listen to his latest release "At eye level".
instagram   facebook   twitter   spotify   soundcloud   bandcamp   youtube   instagram

The solo project of a producer and writer called Sam Jackson - and the word itself in German means solitary (‘one-some’), half translated it can be One Sam and that midway point between languages feels about right.

If I think to a few points when growing up it was usually an artist who did something that grabbed and held my attention, or altered my mood, or changed what I had thought music was. OutKast did it, Radiohead did it, Nina Simone, Kate Bush and David Bowie all did it.

...and especially the song “At Eye Level”?

At Eye Level is inspired by the value systems that are sort of knitted into daily life. The structures that help us find ways of moving through life but also mean people are inherently weighed and measured differently. It’s about the need to make things a bit more fluid sometimes, that sometimes we need to mess with these fixtures to better be ourselves and better get to each other.

The track has an 80s touch, how much time did you spend to find the right synth patterns?

I wanted a bit of a new wave and a post-punk feel to it, which felt right underneath the near spoken word delivery of the lyrics. I felt like I’d be able to get across the mix of dry-wit and aggression best through that sound.
I’ve no idea how long I ended up spending on the synth sounds, but some were to help bring out the guitar and there are a couple of pads and it took a while to get to the arpeggiated synth in the ‘How do I look?/How do I see?’ sections.
CECIL, who I worked with to produce it and who mixed it, really helped with further refining the sounds and in particular built up that modular bass that you hear from the dropdown which indicates the shift into the second half of the song.

Since I moved into my studio in Bristol I’ve tried to make at least one piece of music pretty much every day, and in the mornings tried to write words at my desk which help get to the ideas I make into songs and lyrics.
I usually give myself an hour chunk to write a bit of music and those sketches often make good beginning ideas for songs. There are lots of voice note recordings and scribbles in between too. That’s not to say I’m loads more disciplined when writing, but I’m trying to find ways of being less scatterbrained.

Usually if it feels like I’ve gotten across what I’m getting at, and the music frames it in the right way. If it feels like I’m not wasting anyone’s time and there are some good ideas to nibble on then that’s an indicator it’s close.

The first one I recorded with my brother’s laptop was called Poor Tom, about half my life ago. It was two guitars and then lots of ambient layers of guitar, and I recorded the sound of rain to go underneath it.

Useful is a bit of a weird metric because use is dependent on whose world it is. Like in a working environment it’s useful if you’ve got an aptitude for being punctual and polite, but in a wild environment it’s useful if you know how to skin a rabbit or you can avoid being eaten.
I like running and that’s useful for linearising thoughts and testing your limits, and football for those reasons too plus that it helps you improve in pressure situations.
I guess having always enjoyed writing words is useful for me because it feeds straight back into my music-making.

What was the first ever Pop/Rock/... song you listened to?

I can’t remember a first, but I have some vivid memories of listening to Tina Turner in the back of my dad’s Jetta as a kid, and my cousin having this portable tape player with a speaker where he’d ripped some Oasis off the radio, my sister giving me Hail to the Thief, my older brother’s CD of Speakerboxx/The Love Below and my oldest brother’s ripped copy of Original Pirate Material. All of those feel pretty formative.

At the moment I’m really enjoying making a proper racket in the studio and experimenting, but when it comes to playing live it’s a great feeling to share - getting an instant response from people and seeing which bits someone reacts to. I’m looking forward to getting back to playing live for sure.

There’s a video coming soon for "At Eye Level" which I'm excited to get out, and then the EP itself Samantics will be out at the end of November (26th). I’m still writing and recording so hopefully more soon after that and then some live shows in the new year.
Photo credits: Armando Ribeiro
NenesButler presents - Music Blog - Submit your Music